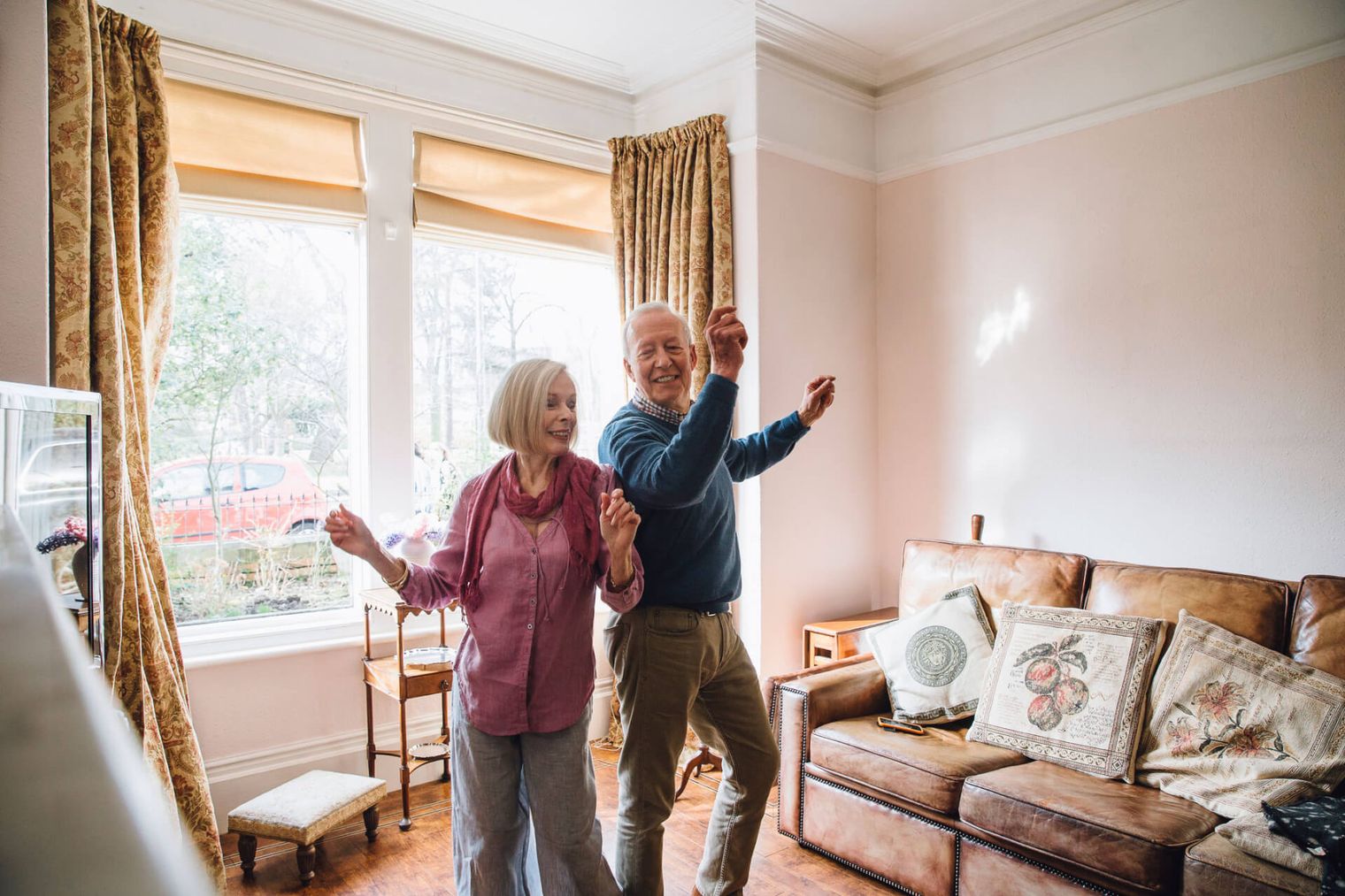 What the 2018 federal budget means for homeowners

While first home owners were the big winners in last year’s federal budget as the Government moved to boost support among the younger population, this year the Coalition has older voters in its sights.

There was nought mention of first home owners this year, with Federal Treasurer Scott Morrison instead introducing a few new measures that will affect older Australians who own their homes – and vacant land owners, who now face a ban on expense claims.

What the? First homebuyers missed out in this year’s budget.Looking beyond the immediate winners and losers, extensive investment in roads and infrastructure – particularly in regional areas – is also likely to impact the housing market by providing regional areas with better access to major cities and therefore boosting the appeal for families living farther away from major metropolitan districts.

Property investors should also take note of areas surrounding the new airport at Badgerys Creek in Western Sydney, where housing prices are likely to increase over the coming years.

The $50 million committed to a business case for the Western Sydney Airport North-South Rail Link, which will connect St Mary’s station in Sydney to the new Western Sydney airport at Badgerys Creek, is of particular significance, he says.

The new Western Sydney airport at Badgerys Creek could boost property prices for local residents. It’s the vibe of the thing…“What you’ll find is that the land and housing around those areas – in places like Badgerys Creek, Luddenham, Rossmore and Bringelly – are likely to go up in value,” he says. “This could be great news for homeowners in those areas, as well as investors looking for the next hot spot in which to purchase.”

Turner says interested buyers and investors would be smart to consider the services of a buyer’s agent to help with sourcing and securing property. uno has partnered with Cohen Handler who can help you find the right property at the right price for you.

Read: How Buyer’s Agents Can Tilt the Odds in Your Favour

Other investments in infrastructure include the Government’s allocated $400 million to duplicating a section of the Port Botany Rail Line and $300 million set aside for the Brisbane Metro project would provide more public transport services between Eight Mile Plains and the Roma Street Busway and between the Royal Brisbane and Women’s Hospital and the University of Queensland.

The minister for regional development, territories and local government, John McVeigh, said congestion cost the national economy more than $16 billion in 2015 and that commuters are sick of being stuck in traffic rather than spending time with their families.

“The Government is hellbent on busting congestion but the offshoot of all this investment will be the access regional communities will have to city hubs and major institutions like hospitals and universities,” says Turner.

“What that means is access to more jobs for people living outside the CBD and ease of access for those workers living in regional areas. This will greatly widen the urban sprawl, meaning more affordable housing options for workers outside city areas.”

“Just because you’re getting older does not mean you should surrender your dignity or your choices,” Treasurer Scott Morrison said.

While most of the funding has been allocated towards home care packages, including mental health services in residential aged care facilities, a Government loans scheme to allow older people to borrow against the equity in their home has also been extended.

Treasury figures show the proportion of Australians living longer is increasing: in 1974-75 Australians aged 85 or older made up 1% of the population; by 2054-55 it’s expected to climb to 4.9%. The government-funded Pensions Loans Scheme, dubbed The More Choices for a Longer Life Package, enables homeowners to borrow up to $11,799 for singles, and $17,800 for couples, in home equity each year (allocated in fortnightly pay packets).

“The Pensions Loans Scheme will be opened to all older Australians, including full-rate pensioners and self-funded retirees, so they can boost their retirement income by up to $17,800 for a couple, without impacting on their eligibility for the pension or other benefits,” the Treasurer told Parliament.

The debt will attract a compounding interest rate of 5.25% until the loan is repaid – usually when the senior moves into an aged care facility and sells the house, or dies, in which case the debt is taken from the estate. This interest rate compares favourably with most commercial reverse mortgage interest rates which stand around 6%.

“Many older Australians have their wealth tied up in property and little cash coming from anywhere else,” said Turner, adding it was great news for elderly, cash-poor Australians.

“It means that a retired 70-year-old who lives til the age of 90, can effectively access $235,980 over 20 years to improve their quality of life and help pay for necessities such as their health and medical fees, food and general living expenses.”

But Turner added that, while a win for the aging population, the scheme was unlikely to free up housing for future generations as it encouraged seniors to hold onto their family homes for longer. This in turn may impact younger people accessing the family home and/or equity from their parents to buy their own home.

“This is where guarantor loans might become a more favourable and necessary option for many young people trying to crack the property market,” says Turner.

Guarantor loans provide a way for homebuyers to buy property with a small deposit – or no deposit at all. A guarantor is someone with an existing property who is legally responsible for paying back the entire loan if the borrower cannot or will not make the loan repayments. They will also have to pay any fees, charges and interest. A parent may act as a guarantor to first-time buyers seeking help getting a home loan.

Read: Can I get a home loan without a deposit?

To learn more about no deposit home loans and whether they’re right for you, get in touch with uno on 133 866 or online at https://www.unohomeloans.com.au where you can speak to a uno adviser about your options.

The government is penalising property developers who hold onto land for years and do nothing with it.In one of the few property-related measures announced in this year’s federal budget, Federal Treasurer Scott Morrison announced a provision that will deny deductions for expenses associated with holding vacant land.

The change, targeting property developers, is set to add $50 million to the budget’s bottom line.

Where previously if you purchased vacant land with the intent to build an investment property, you may have been able to claim tax deductions for expenses such as loan interest, council rates and other ongoing holding costs, the Government has now introduced a ban, effective July 1, 2019, clamping down on such claims.

“This is an integrity measure to address concerns that deductions are being improperly claimed for expenses, such as interest costs … where the land is not genuinely held for the purpose of earning assessable income,” the budget papers say.

“It will also reduce tax incentives for land banking, which deny the use of land for housing or other developments.”

The move allegedly follows multiple instances involving property owners who have claimed expenses such as council rates and maintenance costs for vacant land in their tax returns, as well as claiming deductions on land that is not tagged for income generation.

“The government is effectively penalising property developers who hold onto land for years and do nothing with it – who intend to make a profit by selling it in the future,” said Turner.

“It’s actually good news for home buyers as with more land freed up in the future, that’s more housing for people who need it and in turn that might bring property prices down.”

The ban will commence on July 1, 2019 so current vacant land holders have until then to decide what to do with their land.

If you are interested in discussing investment loans, guarantor loans or are interested in finding a home loan or refinancing your current loan to get a better deal, get in touch with uno on 133 866 or online at https://www.unohomeloans.com.au where you can speak to a uno adviser about your options.