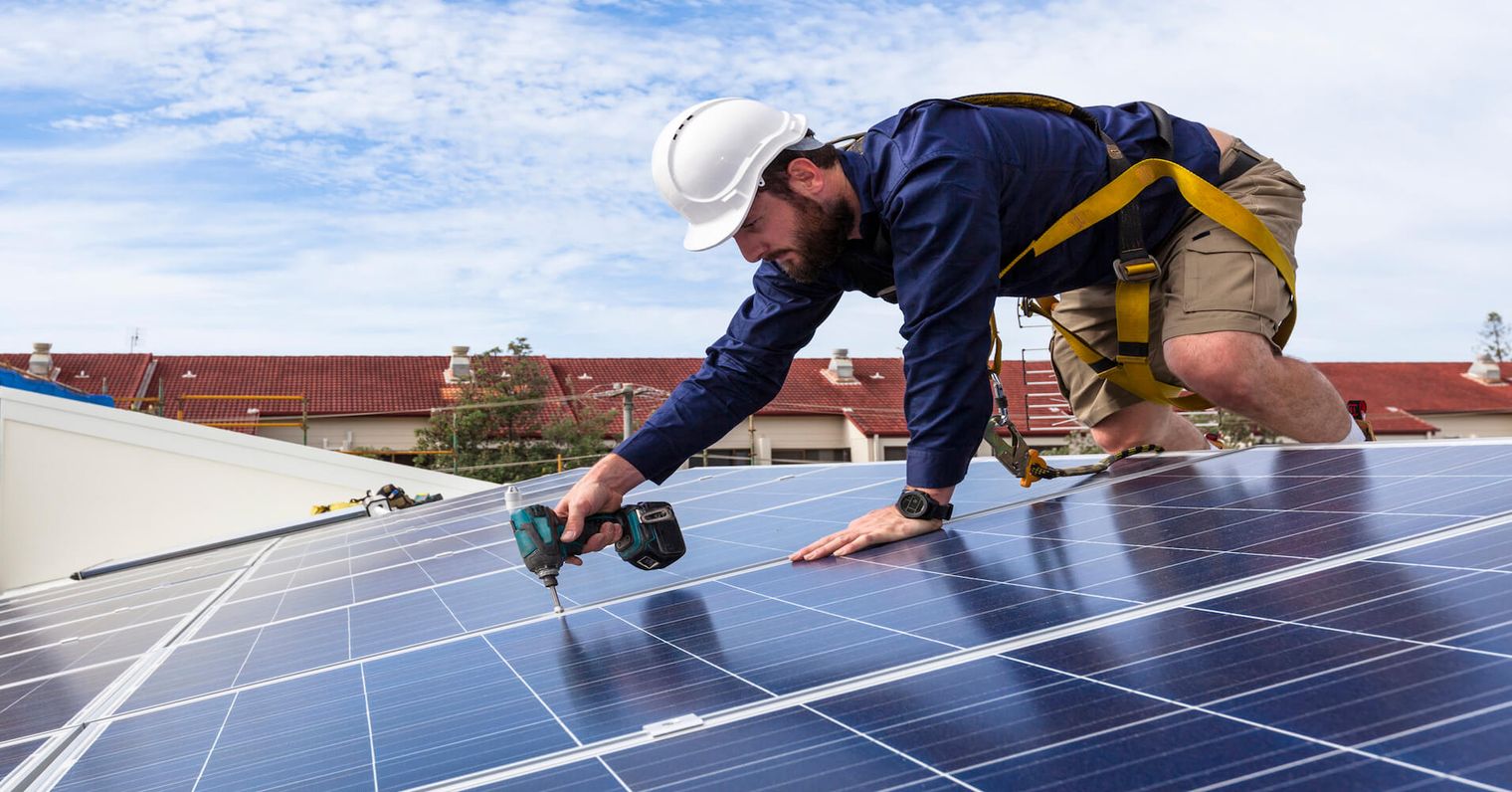 Melbourne artist and mother-of-two, Marnie Higgs needs no further evidence of the power of the sun on her family finances. Higgs and her husband decided to install solar panels on their family home in Blackburn South in January.

Melbourne artist and mother-of-two, Marnie Higgs needs no further evidence of the power of the sun on her family finances. Higgs and her husband decided to install solar panels on their family home in Blackburn South in January.

“It’s something we’d spoken about for a while,” she says. “We were passionate about getting it done to help with our electricity bills and because we believed it would help property value because it would be something that future homebuyers would be looking for.” Higgs isn’t sure how much her solar energy system cost to install but says she and her husband are now paying it off over four or five years.

She says the results of using a renewable energy source have been “amazing”. “It took a little while before we were hooked onto the grid but we’re seeing now that our electricity bills are probably half what they used to be,” she says. “That was over winter; we’re looking forward to seeing what happens in the heat of summer.”

Choosing solar energy is not just good for the environment, it could actually improve a property’s value. It’s also likely to dramatically reduce household costs and relieve some mortgage pressure on borrowers.

Founder and chief executive of uno Home Loans, Vincent Turner believes home lenders should offer incentives to encourage borrowers to install solar and alternative energy storage systems as part of their mortgage. Research conducted by uno shows people would save money immediately by installing a solar system that relies on sunlight for energy – even if they add the entire installation cost to the value of their mortgage. The amount they would save on their energy bills would be greater than any additional interest they might pay.

This means a combined home and solar loan package could save borrowers hundreds, perhaps thousands, of dollars every year.

The combination of Australia’s high electricity costs and low interest rates means that investing in photovoltaic technology (solar energy) makes sense for borrowers and lenders. By bundling a home loan with solar and battery storage installation costs, property holders would pay less for their energy every year as well as feel they are doing something worthwhile for the planet, says Turner. Mortgage lenders would also have the advantage of financing properties that are both more valuable and affordable.

According to advice site Solar Quotes, the average cost of getting into solar is between $4000 (for a 3kW system) to $16,000 (10kW), with the help of a federal government rebate. Battery storage systems typically cost between $3600 and $12,000, although these prices are tipped to fall as technology further improves. One of the world’s most popular batteries, Tesla’s Powerwall, currently retails in Australia for $9050 (before installation).

Despite the substantial initial cost of installing solar panels or solar battery energy systems, uno’s analysis suggests homeowners would save considerable money by switching to solar – even if they fund the solar purchase and installation by increasing the size of their home loan.

uno analysed the financial impact on a typical household that borrows to install a solar or battery storage system. The calculations are based on a number of factors, including the number of people living in a home, its level of off-peak use and the number of high-energy appliances it uses. From this, they were able to assess an average daily energy consumption.

“We then consulted a retailer to estimate the size of the solar energy system required for this household, assessed at 0.95% of the monthly usage. From this, we estimated that a typical household consuming 967.5 kWh per month would require a 9-10kW solar system, which would cost $16,544.25 to install,” says Turner.

uno then looked at the total customer benefit of someone with a $600,000 mortgage switching from a standard electricity provider to a solar energy system and found that average householders would save almost $8 a day though energy price savings and selling electricity back to the grid. It then took into account the higher monthly interest payments householders would need to pay at a low home loan interest rate (4-5% per annum) to pay off their solar energy system. Overall, it estimated an average household would be as much as $1800 a year better off.

Turner believe lenders should offer discounted home loan packages for those who choose to add solar to their home. Unfortunately, financial institutions still regard topping up a loan balance to pay for an energy system in the same way as someone looking to borrow to buy a plasma TV or jet ski. And as solar potentially adds value to a home, he thinks the additional funds needed to pay for solar installation shouldn’t increase the assessed loan-to-value ratio.

In Turner’s view, the combination of high energy costs and low interest rates makes an irresistible case for regular homeowners to shift to solar power straight away. Even if they need to borrow extra to fund their solar installation, they will see financial benefits immediately, he believes. With the cost of solar and battery storage continuing to fall, it’s now a much simpler choice for homeowners – and the lenders who can help them pay for it.

Refinancers have something else in their favour. uno found people who refinance are likely to move to a more favourable interest-rate loan. That means that if those looking to refinance add solar installation costs to their mortgage at the same time, the financial benefit is potentially even greater.

The Power of Solar

As for Higgs, she says they decided against installing a battery storage system at the time but will consider it in the future. “We believe the technology is not yet where it needs to be, but we’ve been told that’s probably only a couple of years away.”

What does she think of the idea of including solar and battery storage installation costs in a home loan package? “I think it’s a fabulous idea,” she says. “Anything that enables people to access solar more easily is definitely the way to go. I think if you made it easier, more people would go for it. Tacking what is essentially a small amount [for solar installation] on to the mortgage would be like next to nothing. It really should be a no-brainer for many people.”

If you’re refinancing or looking for a home loan deal, discuss with your uno Home Loan adviser how you could combine solar installation costs with your mortgage. It could be a great solution.