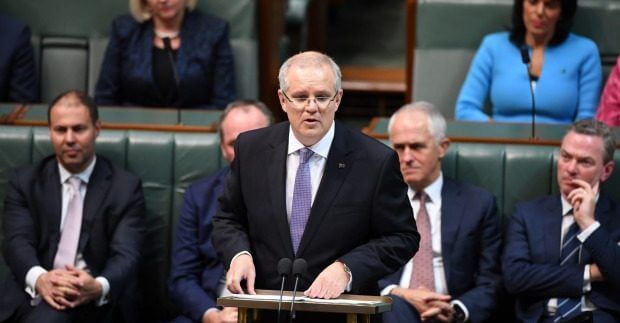 What the 2017 Federal Budget means for home loan borrowers

Borrowers looking to buy property in Australia’s hottest real estate markets are not likely to see any immediate improvement in home affordability based on an analysis of this week’s Federal Budget.

Borrowers looking to buy property in Australia’s hottest real estate markets are not likely to see any immediate improvement in home affordability based on an analysis of this week’s Federal Budget.

What does this mean for those with an existing loan or those keen to get into the market?

Not much joy for home borrowers

uno Home Loans CEO Vincent Turner believes the First Home Super Saver Scheme won’t do a great deal to solve our affordability challenges, especially in regions where the cost of housing is high and is continuing to grow.

“A couple drawing $60,000, the maximum amount allowed under the scheme over two years, would be unlikely to even have enough to pay the stamp duty on an average Sydney home,” he says.

The tax advantages of the scheme aren’t significant, either. “For someone on $85,000, even if they save the maximum amount over the year [$15,000] they’ll only be $2250 better off with the tax break,” Turner says. “So this is a much less generous scheme than the first home owners grants were in their heyday.”

Those hoping to borrow funds to buy a more affordable property might be more optimistic about the supply-side measures in the Budget. The problem is that the benefits from these are not likely to flow for years.

Funding major infrastructure projects and the associated land releases should eventually help alleviate the chronic shortage of housing supply close to Australia’s biggest cities. The incentive for retiring homeowners to downsize will also improve the overall number of properties available, but only slightly.

The Government is replacing the National Affordable Housing Agreement that provides $1.3 billion every year to states and territories with a new set of agreements. Morrison says the states will be required to use their funding to deliver on housing supply targets and reform their planning systems.

Turner says any measure that requires states to meet volume quotas for the approvals of new dwellings will be well received by home hunters. “Our survey last month showed that only 20 per cent of people disagree that policy changes such as releasing more land for housing development, or accelerating development approvals, would make property more affordable,” he says.

But all of these measures, while welcome, are certainly not likely to have any immediate impact on residential housing affordability.

A bit tougher for investment borrowers

The Government also announced a number of small measures that affect property investors. Those investors who use negative gearing can’t claim travel expenses and have had some limits put on their deductions. There will also be tougher controls on foreign residential property investors, particularly those who leave their purchases vacant for more than half the year.

Turner says any incentives that encourage developers to build affordable housing are a step in the right direction, “but this will require coordination with state and local governments to have any enduring impact”.

Two other Budget measures that may have an impact on residential and investment borrowers are the legislated controls that will apply to non-bank lenders and the 0.06 percentage point levy on money the big banks borrow to fund their lending.

Banks have already signalled that at least part of the cost of the levy, which is likely to raise $6.2 billion, will be passed onto depositors and borrowers. Westpac CEO Brian Hartzer said the levy would affect all customers. “The cost of any new tax is ultimately borne by shareholders, borrowers, depositors and employees,” he says.

This means banks may look to edge up the interest rates they charge to maintain their profits.

What to do next

Those with an existing mortgage who are concerned about the prospect of increased interest rates might consider locking at least some of their loan at a fixed rate. It’s hard to tell which direction interest rates will head in the short-to-medium term – pundits are saying the next move is likely to be up – so fixing all or a portion of your mortgage offers a level of certainty.

For those looking to get into the market, it’s a good time to look around for a deal that suits your specific circumstances. It might be that you need to borrow a certain amount, are working with less deposit or need specific loan features like a redraw facility or an ability to pay back the loan faster.

It’s important that you compare everything that’s on offer.

To start an online chat with a mortgage specialist, go to unohomeloans.com.au.

This information in this article is general only and does not take into account your individual circumstances. It should not be relied upon to make any financial decisions. uno can’t make a recommendation until we complete an assessment of your requirements and objectives and your financial position. Interest rates, and other product information included in this article, are subject to change at any time at the complete discretion of each lender.