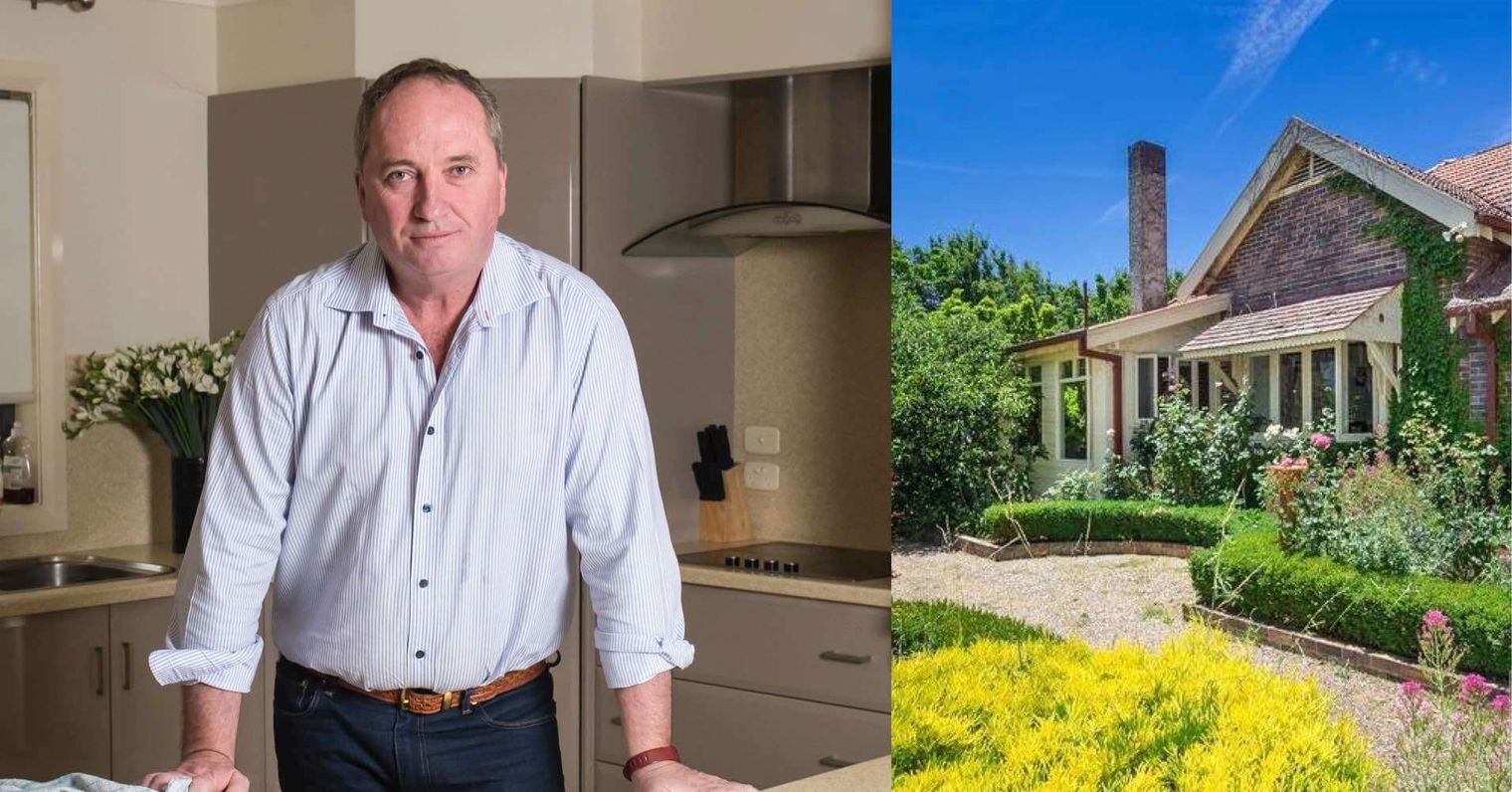 The news is in: Barnaby Joyce is moving to the backbench, AND moving out of his rent-free Armidale apartment to look for new digs. Should he take the plunge and buy a property? We’ve decided to help him out in his hour of need by looking at what he’ll have to consider to take out a home loan…

What sort of pad can Barnaby afford?

We turned to our trusty home loan calculator to see what it said about how much Barnaby could borrow – seems even our calculators have something to say about Australia’s most talked about man!

To find out how much Barnaby can borrow the calculator needed some juicy details including his relationship status, dependants, expenses and salary. We factored in a joint application (with Vikki), de facto relationship status, and three dependants (two children under 18 from previous marriage, plus #barnabybaby).

Each dependent reduces the amount Barnaby can borrow. And we’ve assumed that Vikki goes back to work to support Barnaby’s significantly reduced wage. Her reported $138,000 previous salary will mean the couple can borrow a lot more.

We also factored in Barnaby’s ) $199,040 salary – a relatively humble living compared to his baller days as the Deputy PM. And we guessed his other expenses at $4,000 a month because wining and dining in Canberra, new cot for #barnabybaby, childcare and other “official business”. We needed a number to put in the calculator and, well, let’s face it, in politics everyone pulls numbers out of the air and pretends they’re legit!

We looked on Realestate.com.au and saw that Barnaby could afford the best place in Armidale. This luxe five bedder listed for $1,295,000 looks to be comfortably within Barnaby’s reach. It even has enough room for all his kids.

So we know Barnaby could land somewhere pretty good. What has made him a solid home loan candidate and what has worked against him?

Reeling in the big bucks

Barnaby’s and Vikki’s combined high income of $337,000 significantly boosted their borrowing power and would make banks willing to lend them a higher amount. #powercouple

Having a partner to apply with works in Barnaby’s favour because banks are generally willing to lend more when two people apply together instead of one.

Plus, the fact that Vikki is younger than Barnaby and has more working years ahead would usually mean that the bank will look more favourably upon their application and would consider a longer loan term, than if he applied solo. This is because many lenders are more cautious lending to people over the age of 50 because they have fewer working years ahead – and Armidale’s main man turns 51 in April.

However, if Vikki didn’t return to work the amount the pair can borrow would reduce to between $787,000 and $978,000 because they would be considered a single income family and Vikki will be classed as a dependent.

Buying in a regional area may reduce the amount Barnaby could borrow because some lenders have caps on the amount they will lend in regional areas due to more of a risk with resale.

This is a big one. Financial advisers generally warn against buying a property with a new partner until the divorce is finalised because of the risk of losing your new asset.

Pro tip: wait until the divorce goes through before buying, Barnaby. A rental could be a safe interim option in the meantime (particularly if you can get mates rates).

Time for the legal disclaimer: The financial numbers we’ve talked about here are completely hypothetical. We have no idea what Barnaby’s actual income, assets or expenses are and we’re not claiming we do.